New artist’s impressions showcasing the future of City of Wolverhampton’s railway station as part of the wider Interchange area have been revealed.

The images come with contractors, Galliford Try, having started early site works before Christmas to prepare for the start of demolition of the existing railway station in May.

This phase of the £150 million Wolverhampton Interchange project also includes the already-completed new railway station entrance from Corn Hill and multi-storey car park extension, as well as the continuation of the Midland Metro line extension works to the railway station.

The development news comes in addition to the announcement last week that the West Midlands railway network has been put in the hands of West Midlands Rail – a consortium of 16 local Councils, working in close collaboration with the Department for Transport.

This will bring a near £1 billion investment in regional services over the next eight years that will mean more space on trains, more frequent services and better facilities for passengers.

The Wolverhampton railway station development will put the City in the best position to capitalise on the new franchise, and, prior to Christmas, Galliford Try will continue enabling works, including the removal of trees at the bottom of Railway Drive.

The loss of these trees will be mitigated by the installation of a giant green wall in front of the existing multi-storey car park and new tree planters, with plans for further planting on site.

The Banana Yard, which train companies staff previously used for staff car parking, will also be fenced off in readiness.

City of Wolverhampton Council Cabinet Member for City Economy, Councillor John Reynolds, said: “The Wolverhampton Interchange Partnership has worked hard to get to this point.

“Everything is now in place to begin the main station works early next year and people will soon start seeing big changes on site.

“We can all look forward to the emergence of an iconic railway station befitting of the city.

“There is £3.7 billion of investment currently on site or in the pipeline across Wolverhampton.

“As part of this regeneration it is crucial visitors to our city get the best first impression possible and their travel experience is enhanced – this new state-of-the-art station will deliver that.”

The new station building is expected to be completed in 2020. It will benefit from an enhanced Birmingham New Street-style ticket office, larger passenger concourse, ample ticket barriers to ease flow onto and off platforms, and much improved retail and café facilities.

Steve Parry, Managing Director of ION Development, added: “As the work at the railway station gets underway, it is a pleasure to unveil the vision of the full masterplan through these new images.

“They depict how the transformation of the railway station and surrounding area will offer a brilliant first impression – welcoming those arriving by train to Wolverhampton and showcasing this entrance to the city.”

Melanie Bryett, Interchange Project Manager for Virgin Trains, added: “The new images really bring the plans for the new-look station alive. There’s a real sense of excitement as we work together to give the city a station to be proud of.”

The first phase of the Wolverhampton Interchange project included the construction of a new £22.5 million state-of-the-art bus station on Pipers Row to replace the old one. 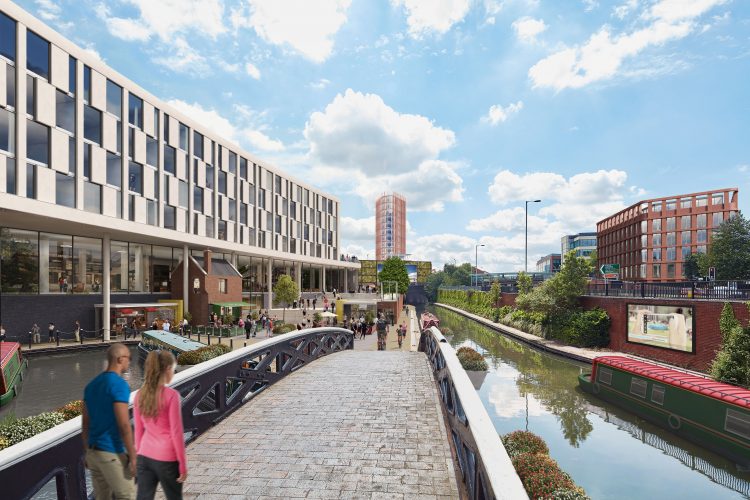 We are an urban regeneration specialists who develop cityscapes cleverly and sympathetically. As successful with heritage and listed buildings restorations as with new builds, we have the experience, knowledge and capacity to deliver large development schemes and sustain lasting successful partnerships.