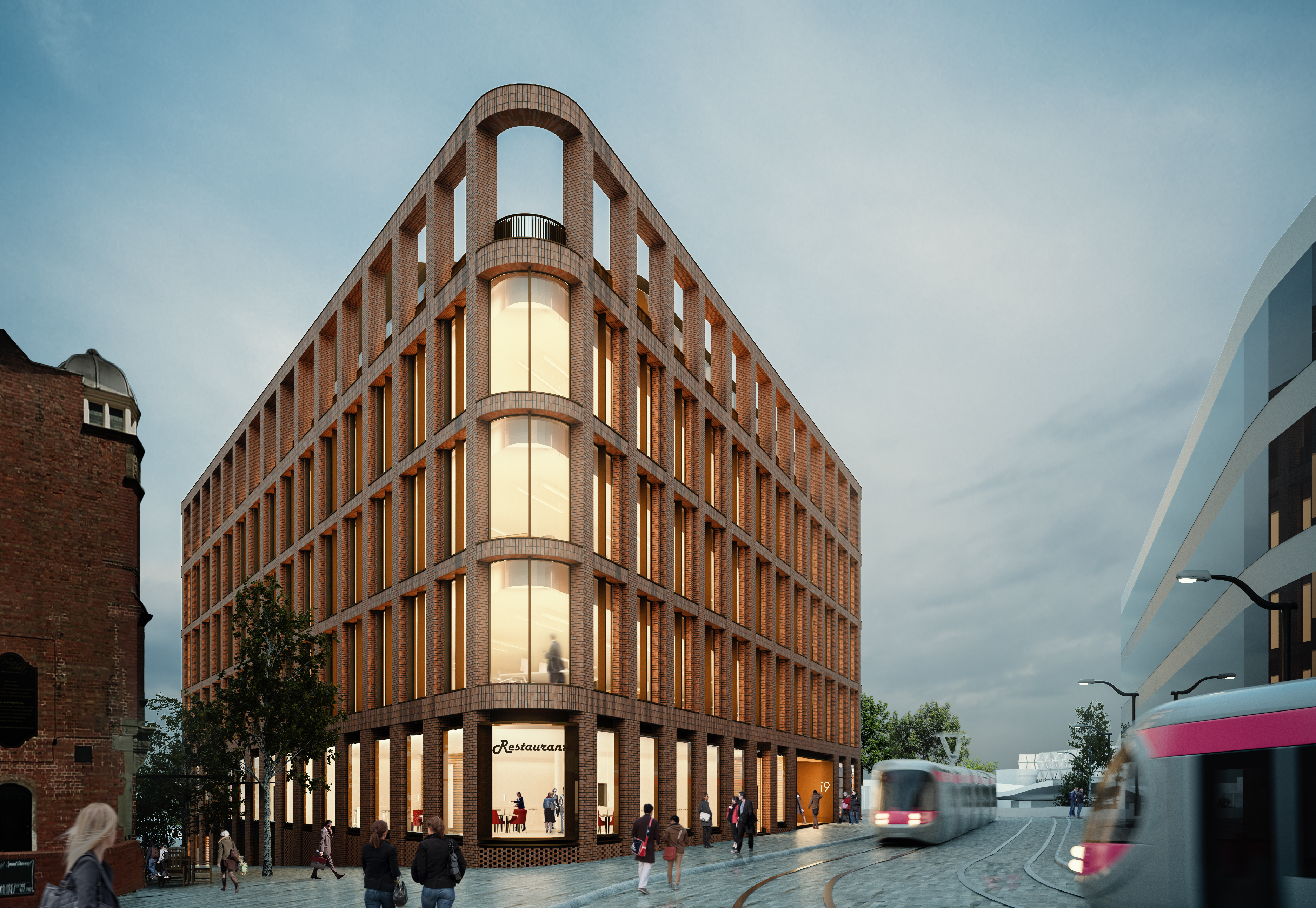 Ion have submitted a Planning Application for the proposed i9 building on Railway Drive, Wolverhampton.

i9 aims to build on the success of the adjoining i10 building which was completed in 2016. i9 was initially unveiled by the City of Wolverhampton Council and ION at MIPIM 2017 following a national competition for the winning design.

Fraser Godfrey, architect from Glenn Howells said: ‘The design had to be sensitive to neighbouring landmarks such as the Chubb Buildings to become a contemporary addition to Wolverhampton’s family of red-brick Victorian buildings. It is set to house restaurants or cafes in the ground floor of the building as well as a rooftop amenity space, with panoramic views towards the city centre conservation area and Interchange.’

Steve Parry, managing director of Ion, commented: ‘The development of i9 will move Wolverhampton forward by being able to compete with major city centres in offering a new state of the art, Grade A office building of outstanding design.’

Steve continued, ‘The i10 development has already proven that we can attract new occupiers to Wolverhampton and the unrivalled transport links of the Interchange will be a major attraction for those new occupiers.’