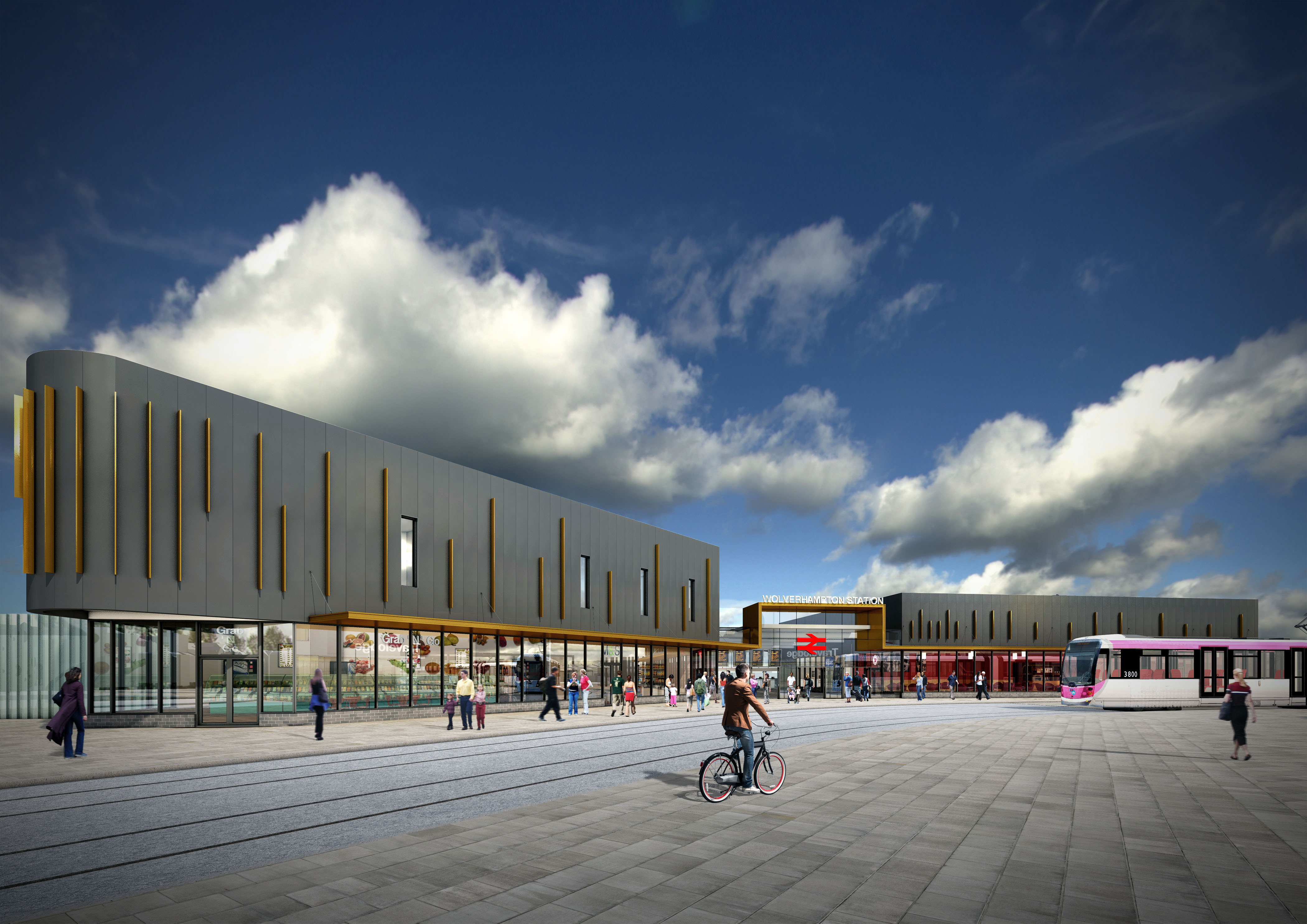 It is the next stage in delivering a £150 million transport hub to provide an attractive commercial gateway to those entering the city by national rail, bus or tram.

The first Galliford Try machines have moved in to establish the temporary station accommodation and works compound on the Banana Yard.

Hoardings will then be installed to enable the first phase of full demolition to start in early July.

Throughout the works rail services will continue to operate as normal from the current station building, while the new state-of-the-art railway station to serve the city emerges adjacent to it by 2020.

Council Leader and WMCA portfolio holder for transport, Councillor Roger Lawrence, said: “Our vision for the City of Wolverhampton Interchange is rapidly becoming a reality.

“There is £3.7 billion of investment currently on site or in the pipeline across Wolverhampton.

“As part of this regeneration it is crucial visitors to our city get the best first impression possible and their travel experience is enhanced – this new state-of-the-art station will deliver that.”

The new station will be connected directly to a tram stop, once work is completed on the Midland Metro city centre extension. The Midland Metro Alliance are currently delivering the next phase on Pipers Row before continuing down Railway Drive to the railway station.

Andy Street, Mayor of the West Midlands, added: “This project is about more than just creating a transport hub, where buses, trains, trams, cycling and walking come together and provide enhanced links to the new HS2 network.

“This is something altogether more bold. This is also about accelerating the regeneration of Wolverhampton city centre, bringing jobs, opportunities and growth. Simply, this is one of the key gateways into the city, a city that deserves a world-class welcome.

“The WMCA recognises the vital role this project plays in the ongoing success story of Wolverhampton, which is why we were enthusiastic in supporting the project.”

Chris Jones, Associate Director, Ion, said: “The demolition works mark an important moment in the transformation of the city’s transport links. The new railway station is set to further improve the appeal of the city to businesses, especially with the development of the Commercial District, and improve the experience for all travellers to the City of Wolverhampton.”

Simon Courtney, Area Director for Galliford Try Building West Midlands and South West, added: “We are delighted to be able to mark this beginning alongside all the stakeholders involved. We look forward to being part of a transformational project which make its mark on the City of Wolverhampton for years to come.”